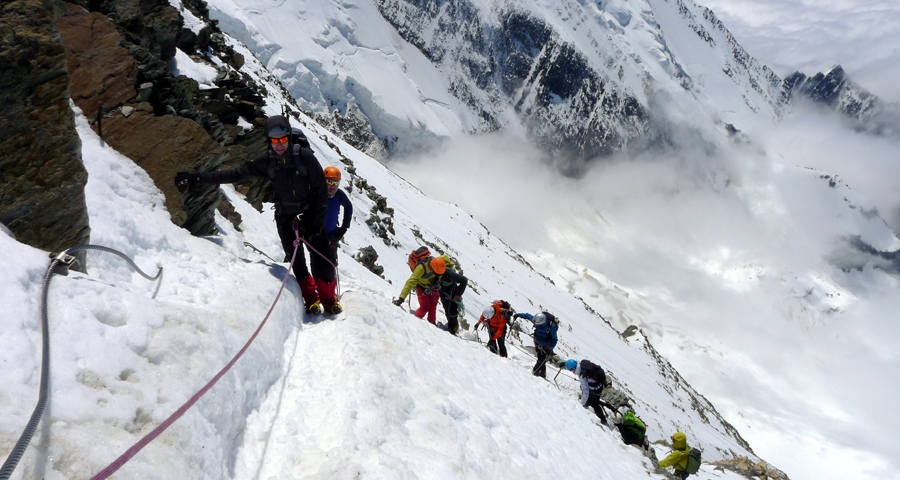 Guarantee your chance to climb Mont Blanc, while restrictions hamper other climbers without a booking.

This summer, local authorities have limited access to the summit of Mont Blanc via the popular Gouter route. Only those with a confirmed reservation at the Gouter Hut will be permitted an attempt to summit the iconic mountain.

Following overcrowding on climbing routes and in Gouter Hut, Prefect of Haute-Savoie: Pierre Lambert, imposed a restriction on access to the high route on the 14th July. In a statement, the official noted that only those with evidence of a confirmed reservation will be allowed to climb any higher than the Tête-Rousse Glacier. The blockade was initially proposed to finish on July 22nd, however as the demand for bed spaces and access to the peak remained at capacity, so the restrictions were extended until the start of August.

Yesterday, on the first day of August, officials announced the restrictions are to be enforced with the likelihood of them being extended further. Hut operators are in contact with authorities to provide constant updates and the re-opening of the route will be dependent on the situation at the refuge.

Mayor of Saint-Gervais-Les-Bains, Jean-Marc Peillex said in an interview with UK Climbing: “Access is not generally regulated because today the State refrains from controlling or penalising offenders on the grounds that ‘a mountain is a place of freedom!’

“The problem is nothing to do with numbers.” The Mayor explained: “Today, if we do not put limits on the use of our sites in the first place, if we do not address the reasons for the pollution, we do not deserve to be recognised and rewarded.” Referring to the bid to have the Mont Blanc Massif recognised as a UNESCO World Heritage site.

With a capacity of only 120, this popular hut on the shoulder of Mont Blanc is often booked to capacity throughout the season. However, the hut was over capacity this season with 140 squeezing into the refuge from June 18-26 and July 6-12.

Read about what happened when one climber struggled to see his climb of Mont Blanc through; click here