Which Ski Touring Binding is right for you - Pin or Frame? 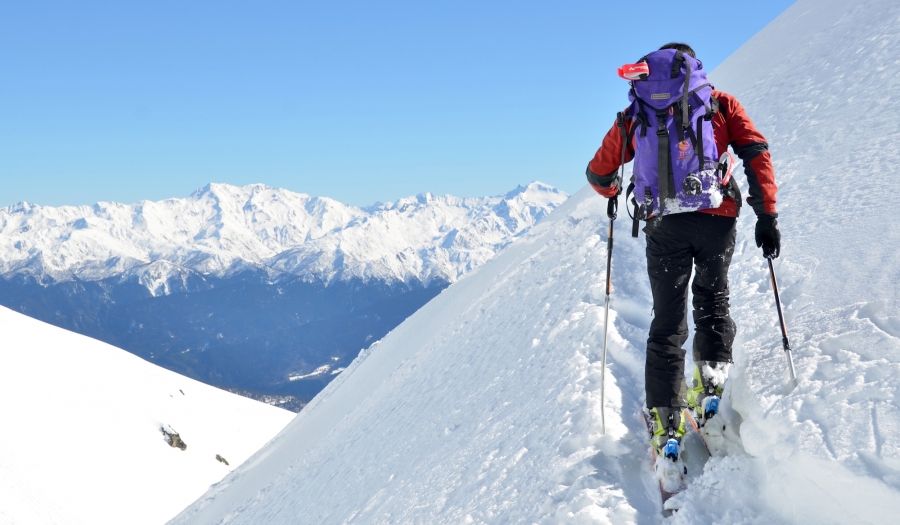 Choosing a binding isn't easy, but we are here to help!

There are two main types of ski touring binding — Frame and Tech. Below we outline how to choose which one is right for you.

Choosing a pair of ski touring bindings can initially prove a little bewildering with the huge array on models now on offer from manufacturers such as Dynafit, Salomon, Marker, Plum and others. In recent years, every winter has brought a new player to the table with an innovation that pushes binding performance to the next level.

Binding selection is certainly a very different task from that of picking your skis for the season. The usual tests of flexing different models to check stiffness, peering down the length of the ski to review sidecut and camber and, less importantly, checking the top sheet to see whether you can live with the gaudy graphics, don’t apply here. Instead, faced with a profusion of different specimens in your local ski store, you’ve seemingly to fathom the mysterious inner workings of these devices and determine which is the right pair for you! 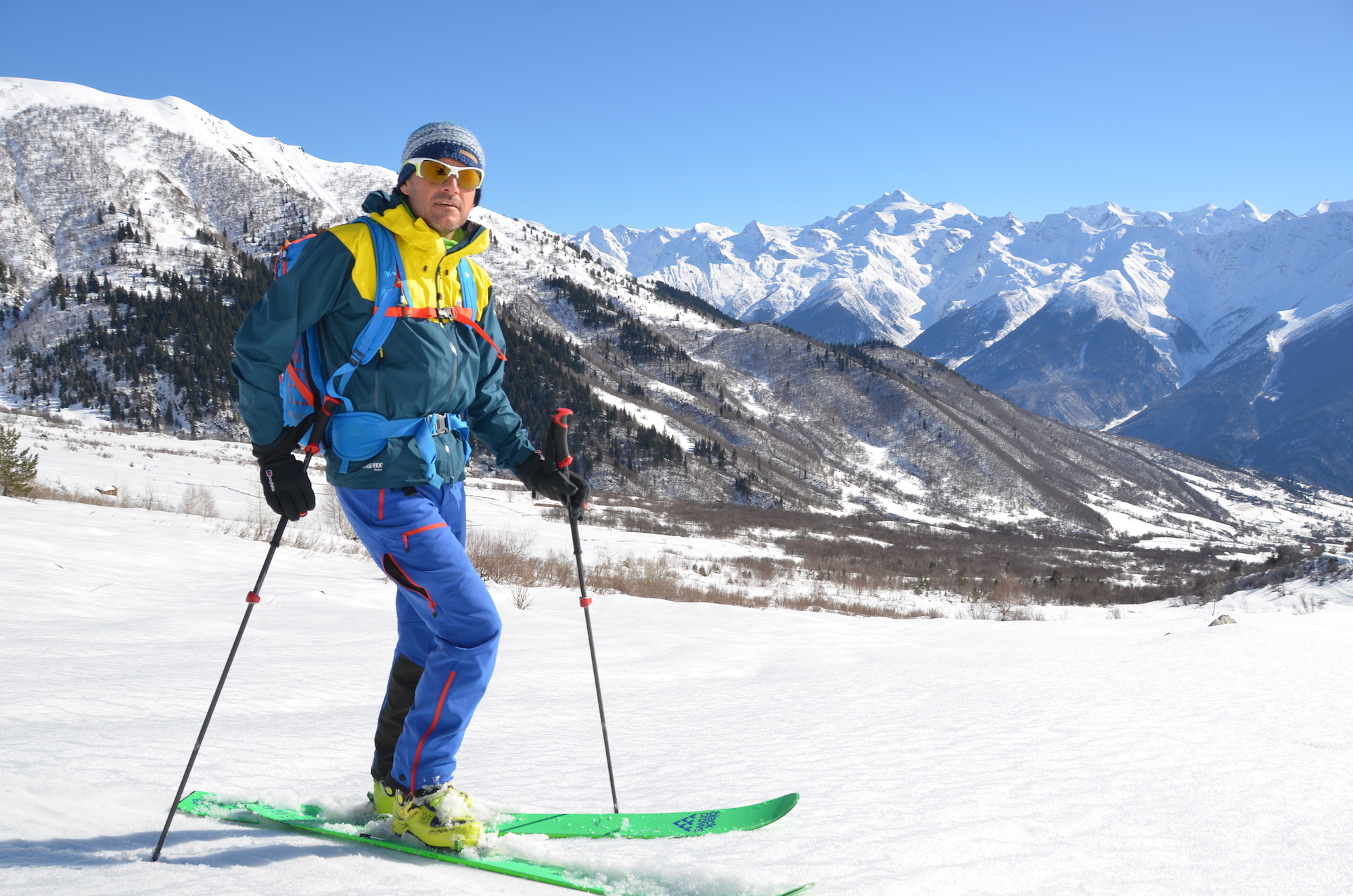 Despite all the innovation in recent years the basics, of course, haven’t changed. In essence, the needs of ski touring dictate the essentials: the binding needs to attach boots to skis, and must be designed to transfer energy efficiently from boot to ski in two distinct modes: while skinning uphill, or when skiing downhill. Furthermore, every model must allow for a safe release if the skier falls. The challenge for the engineers is to create a binding that’s flexible and efficient in allowing your heels to lift naturally while ascending or moving over rolling terrain, but also stiff and strong enough to withstand the forces exerted when boots are locked down and you’re making turns on the descent. 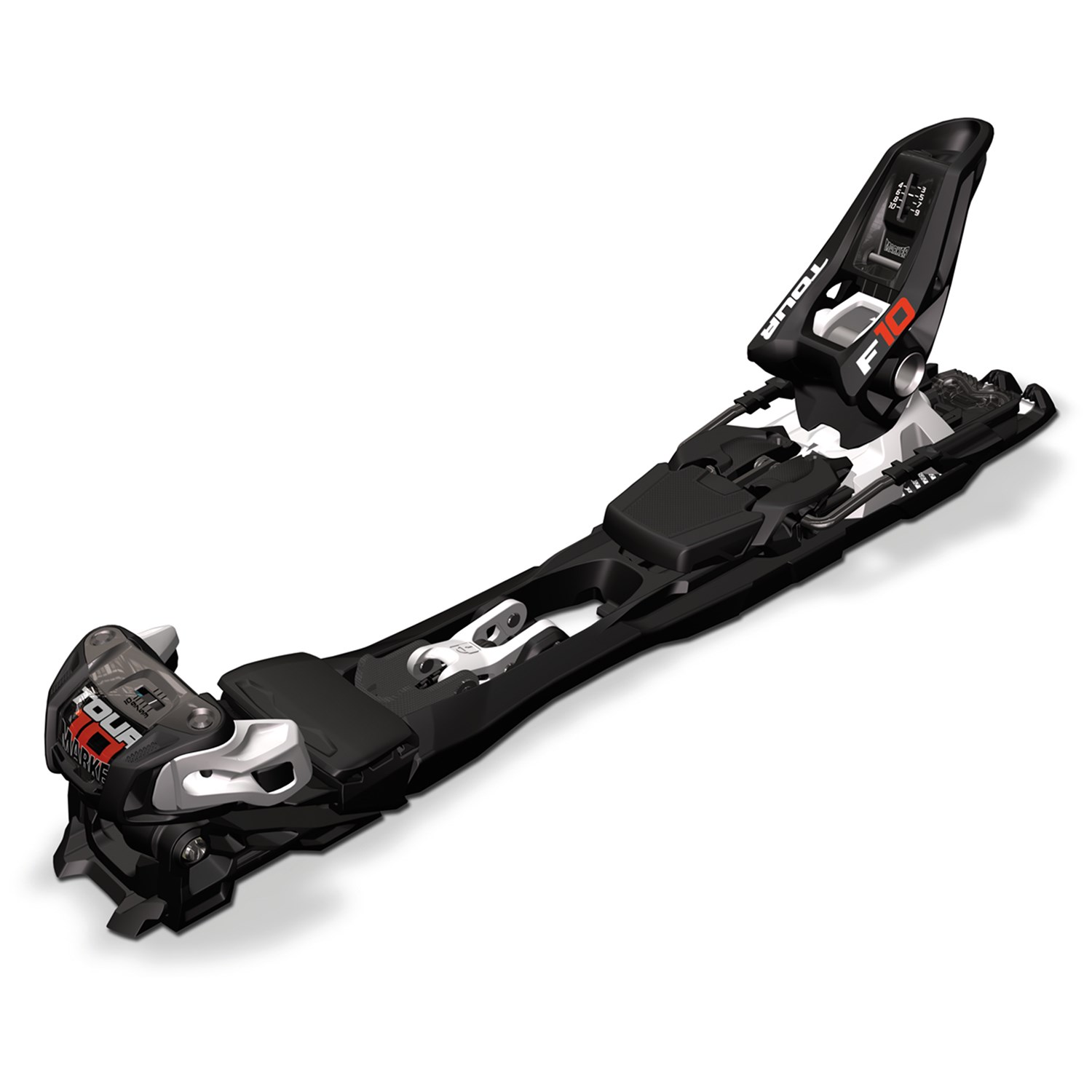 If you’re looking to get away from the crowds on the piste and try ski touring for the first time, frame AT bindings are perhaps the logical option to begin your initiation. In recent years, developments in materials

coupled with improved design have ensured that frame AT bindings are lighter, more durable and more responsive, making them the natural choice for many looking to make their first forays into the backcountry. Most frame models work with both dedicated ski touring AT boots in addition to regular alpine downhill boots. The frame consists of a base plate, toe and heel unit that pivots at the front for free-heel ascending in hike mode. Frame AT bindings lock down for near alpine-like rigidity and performance on the downhill.

Frame-based models operate much like traditional alpine bindings in release mode. They provide multi-pivot, multi-directional release in the event of fall, and allow for the adjustment of the DIN range based on skier weight and ability level. These bindings are equipped with brakes, with differ ent widths available depending upon your choice of ski. While frame AT bindings are relatively heavy they remain a great choice for skiers just starting out in touring, and for whom buying a second pair of skis and boots can seem hard to justify. Furthermore, they allow skiers to enjoy touring and resort skiing on the same setup whilst benefiting from the peace of mind a fully releasable binding provides. 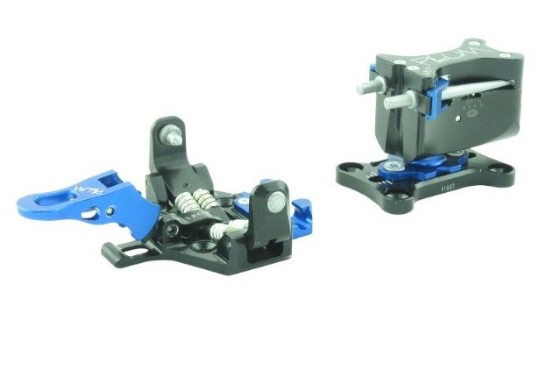 Tech AT bindings are quite different from the framed versions. Originally developed by Dynafit over 30 years ago, the recent expiry of the company’s patent has allowed competitors to innovate with new designs on the original. The tech AT concept relies on sets of pins in the toe and heel of the binding to old the boot in place: this requires a special tech-compatible ski tour boot with the appropriate integrated fittings that match the binding unit. Tech bindings are engineered for weight savings — typically a skier can save over 1kg per ski when compared to a frame-based setup. The bindings are lighter weight than their frame cousins as the “frame” in the system is in effect the rigid sole of the boot; this more streamlined design saves the ski tourer from expending energy lifting additional weight up and down with every stride, making them much more efficient. 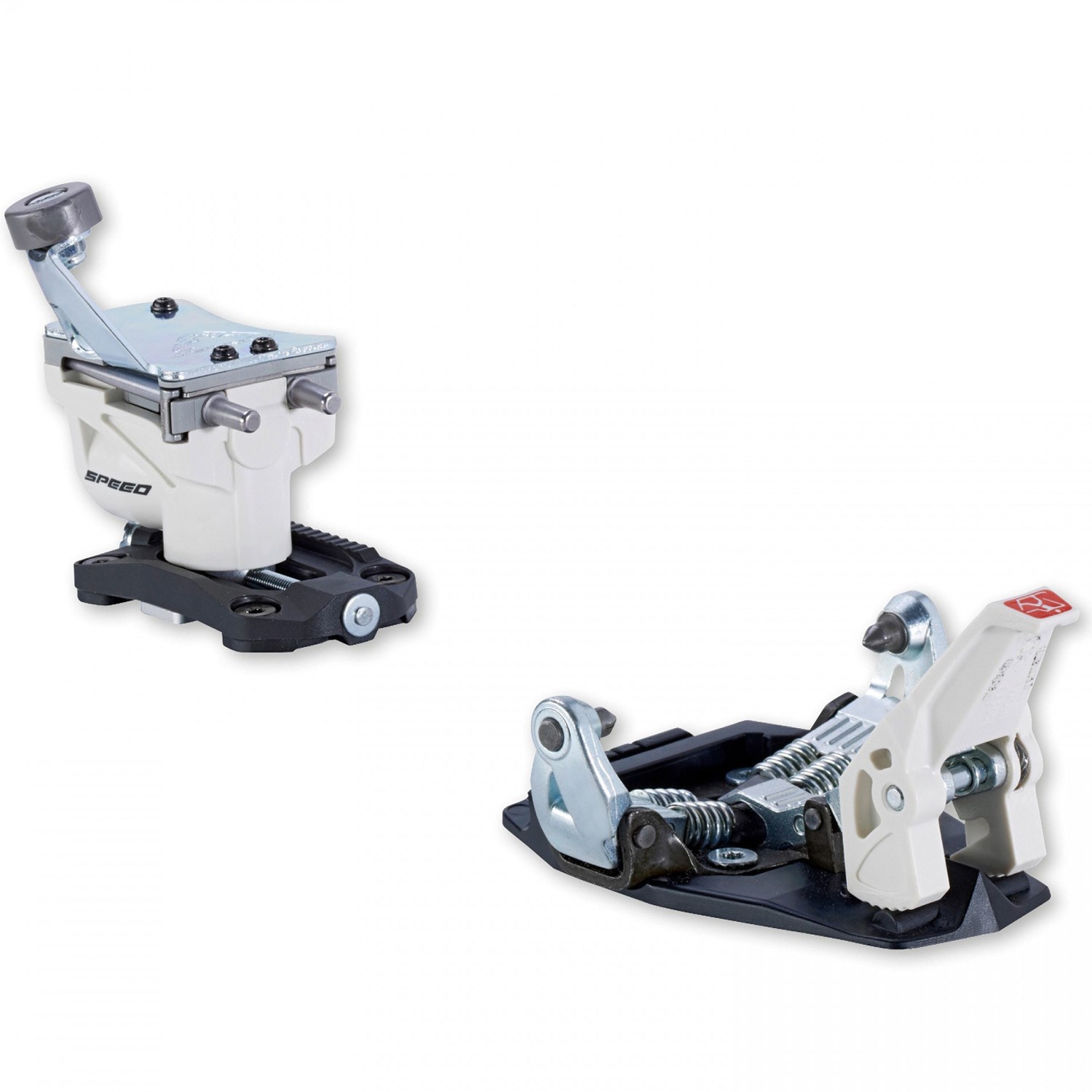 Tech AT bindings can be further divided into two categories: bindings that are TüV-certified, and those that are not.

TüV is an independent testing organisation based in Germany that certifies consumer products. DIN ISO 13992:2007 is the standard developed for safety release in alpine touring bindings. this certification in essence means that any tech binding passing the lab-based and practical testing provides a safety release similar to that of alpine ski bindings.

Traditional tech pin bindings which are not certified by TüV are generally used by more experienced ski tourers and usually feature a heel piece that allows independent adjustment of horizontal and vertical release.

The toe unit retains a fixed release value (equivalent to a DIN setting of around 12). 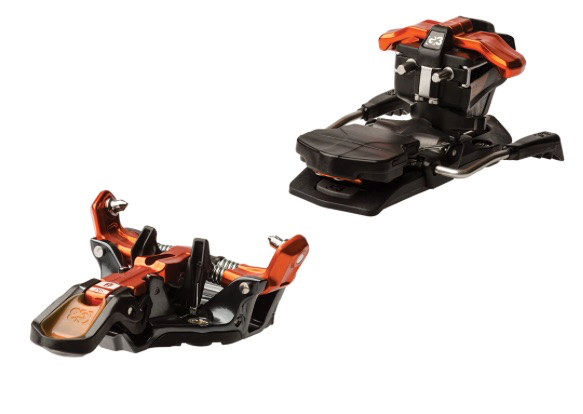 Whilst the heel unit allows for adjustment, the release mode is more restrictive and shouldn’t be considered analogous to that of a downhill ski setup. These tech bindings are therefore not recommended for everyone, and are best avoided by skiers who aren’t completely confident in their abilities. Those new to ski touring, or those intending to use the ski/binding setup for a fair amount of on-piste resort skiing should lean more toward a frame binding, or a tech binding that is TÜV-certified. 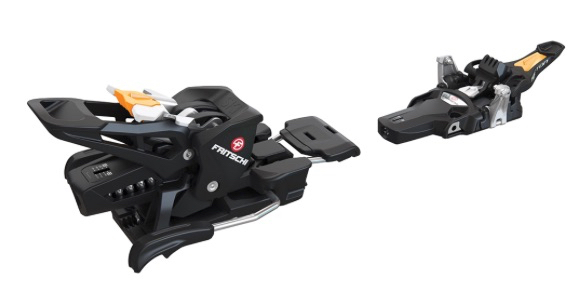 bindings possess regular safety-release values according to TüV standards. This type of binding effectively aims to combine the assuredness and reliability of frame AT bindings’ release capabilities with the benefits of the tech pin design that allows for better skinning efficiency uphill. The principal tradeoff with this evolution is a little added weight — stemming from the increased use of material in the binding, coupled with the addition of a pair of brakes. A further consideration is that these bindings, unlike their frame AT counterparts, require dedicated turing boots with tech fittings.

Which ski touring binding is best for you?

Well, as with most ski equipment, if you’ve the opportunity to try out the kit before buying this can certainly prove a real aid in selecting the gear you’ll be happiest with in the long term. Renting ski touring kit can often prove a good option for those a little hesitant to make major purchases when just starting out. If you’re committed to buying a new setup for the first time, many find that it’s best to air on the side of caution and start at the slightly heavier end of the range with a Frame AT binding, so as not to compromise too much the downhill enjoyment as they learn and develop their new ski touring skills. As you progress, after a season or two, you’ll find yourself seeking out ways to make weight savings so as to improve speed on the uphill. By then, as you look to upgrade your ski tour kit for something more nimble, you’ll see that those clever folks in the ski companies’ labs have laboured away to discover ever more crafty means to shave off the grams, improve durability and enhance safety… all while we’re busy out skiing and enjoying the mountains!!! 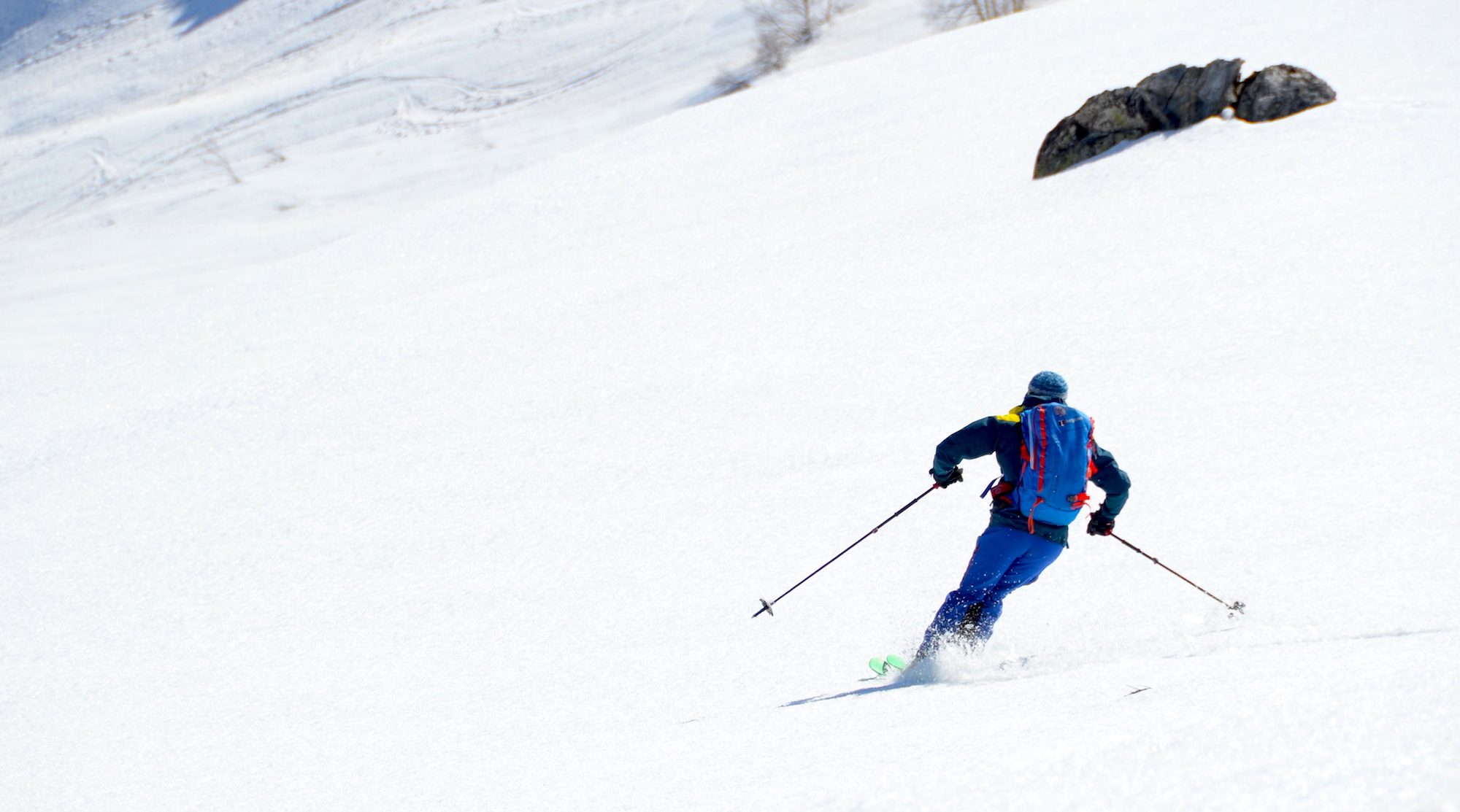