The First Ski Descent of K2 by Andrzej Bargiel 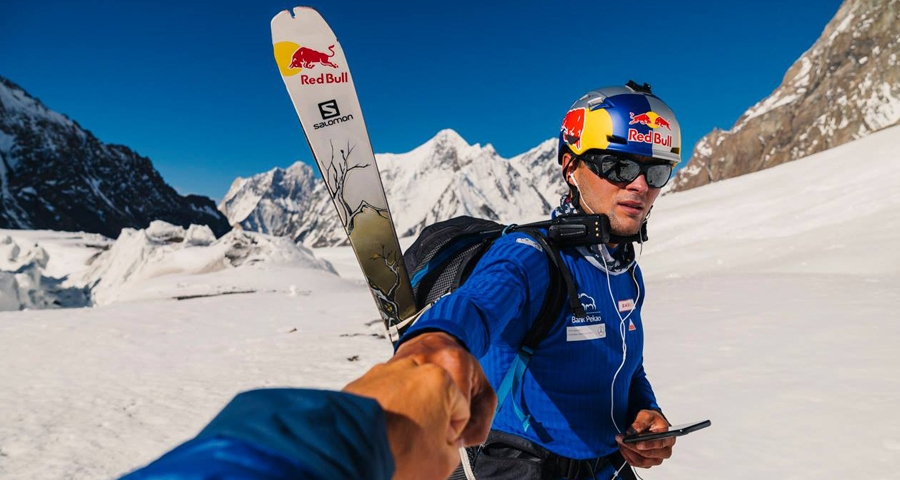 Polish ski mountaineer Andrzej Bargiel has become the first person to complete a full ski descent of one of the most imposing mountains in the world, K2.

At 8611m, K2 is the second tallest mountain in the world and widely regarded as a much more daunting challenge than its Himalayan big brother, Everest.

The pioneer has completed the challenge after numerous attempts on the mountain in Pakistan. Last year an expedition was called off due to unfavourably high temperatures and dangerous conditions. Having acclimatised for weeks in Karakorum, Andrzej began his ascent last Thursday 19th July. The next day the team continued to camp 3 at 7000m before Andrzej climbed to camp 4 at 8000m on Saturday, making the final assault on the peak on Sunday 22nd July.

Known as the “Savage Mountain” for its remoteness and hostility, K2 is seen by many as the final frontier for the modern mountaineer. It has claimed the lives of many mountaineers and has the reputation of the second most deadly mountain in the world claiming the lives of roughly 1 in 4 aspiring summiteers.

Stood atop the infamous peak, the Pole clipped into his skis, a sensation many of us will be familiar with however not in this type of setting. At 11:30 am, he pointed his tips down and began his epic ski descent to base camp. Details of the descent are still emerging however according to Red Bull’s Polish website, the adventurer did not have to remove his skis once, although the descent was no walk in the park. Negotiating several sections of the Polish route, the ski mountaineer manoeuvred his way through massive seracs and snowfields full of gaps to complete the mammoth descent.

In just 8 hours the descent was complete, with Andrzej arriving at base camp at around 7:30 pm local time. A ski descent of K2 was seen by many as an impossible feat, but now after it has been conquered, the naysayers must find a new challenge to doubt.

Mountain Tracks offers fully guided ski and climb trips accompanied by IFMGA Qualified Mountain Guides that enable you to get a taste for high altitude adventures.