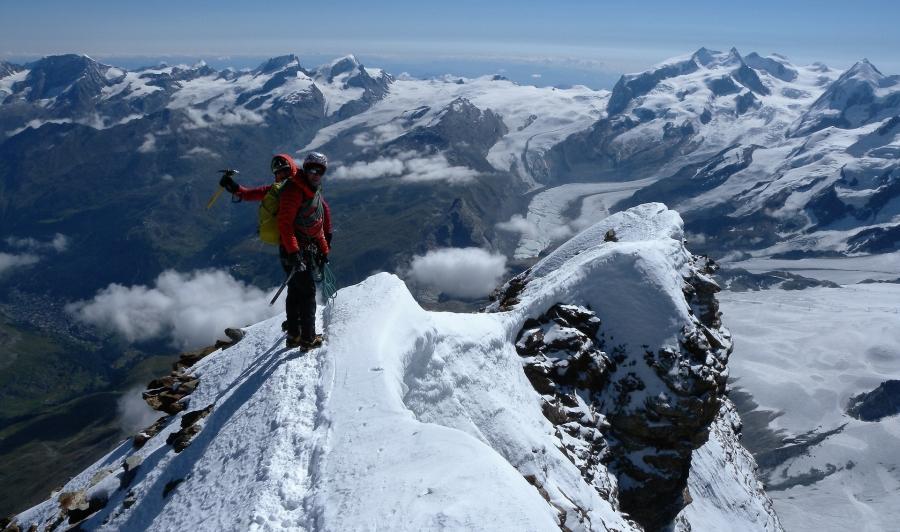 Solo climbing has been practice for as long as any other type of climbing, and a surprising number of famous routes were originally climbed solo, or were quickly repeated by solo climbers. Here are some notable examples:
Zmutt nose, Matterhorn – first ascent by Walter Bonatti
Bonatti Pillar – first ascent by Walter Bonatti
Everest – Reinhold Messner
‘The Fish’, Marmolada, Dolomites – Free soloed by Hansjörg Auer
Eiger North Face – Speed solo by Ueli Steck

There are two discaplines in the world of solo climbing:
1:Free-solo, this means climbing without any ropes or other protection against a fall
2:Roped-solo, as the named suggests, ropes are used in case of a fall

I have been solo climbing, both with and without ropes for protection, since the start of my climbing career 25 years ago. I started solo climbing simply because climbing partners were not always available, and I always wanted to do a lot of climbing! When I was younger I preferred to free-solo, that means climbing without a rope or any other equipment. Just your rock shoes, chalk bag and a strong nerve. Clearly the penalties for error are very high. But as with everything, what you can achieve is directly proportional to the particular skill level you have.
I still enjoy climbing alone but am not prepared to take the big risks I used to when I was younger, so in recent years I have been using various self belay techniques, to provide protection from a fall. I am still happy to free solo on climbs which are well within my comfort zone, but I don’t have any ambition to chase the famous free solo masters: Alex Honnald and Alain Robert.

Simply for the love of climbing, the challenge and for the solitude. Or when you want to climb but haven’t got a partner. Also for the speed, the solo climber moves a lot faster through the terrain than a roped team.

Free soloing is extremely dangerous for obvious reasons. Roped soloing isn’t as safe as climbing with a partner, but if rigged properly it can be done with a fair degree of safety.

Firstly there is no buddy to keep an eye on your rope work, so there must be strictly no mistakes. Secondly in the event of any type of injury or incident, there is nobody on hand to help.

How to lead using a self belay system:

Instead of the leader tying into the rope, the rope is tied of at the ground, or at a belay station on a multi pitch route. It is then up to the climber to ascend while feeding the rope out. Feeding the rope out can be done using numerous ways. My favoured way is with a Petzl Grigri, but there are other similar devices on the market. The simplest way is to a clove hitch on the harness and to keep moving up the rope, however this has the huge disadvantage of needing both hands to shift it! So not useful on hard or steep routes. 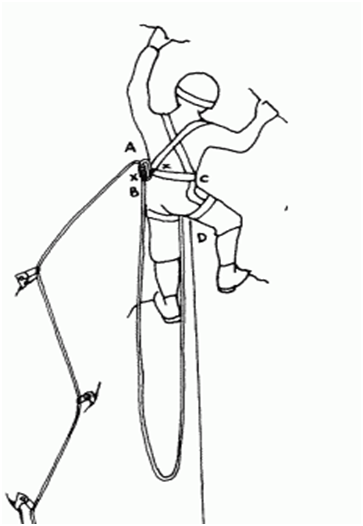 This diagram shows the basic system. The rope beneath the climber is tried of at the base of the pitch (a bow line into an upward loading anchor is perfect). The loop of rope is the remaining slack and at point ‘A’, the climber will need to ‘feed out’ the slack. 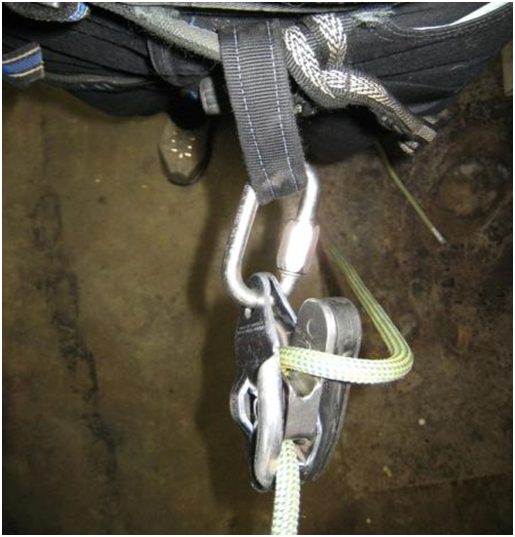 This picture shows how to use the Petzl Grigri for solo –roped climbing. I highly recommend using a small jamming device to hold the slack rope up. Otherwise, the Grigri will jam continuously when you are climbing- not desirable. 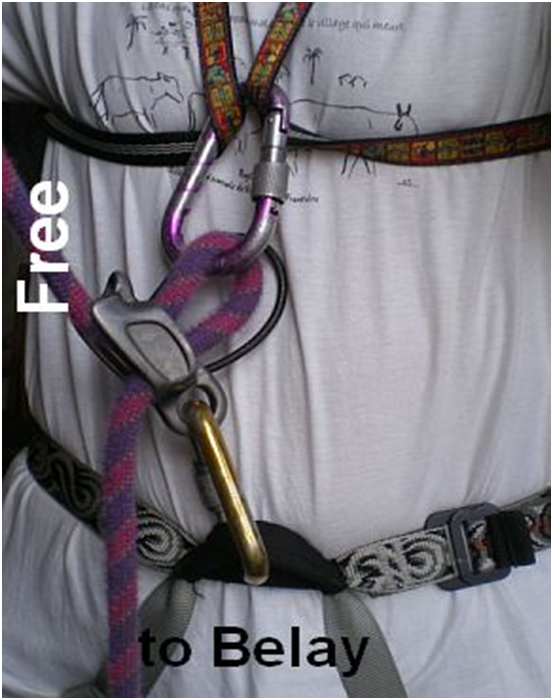 This photograph shows a similar system, only instead of the Grigri, a Reverso plate is used. This system is only possible when using a chest harness.
It is worth noting that whatever your level of expertise, these systems need a considerable amount of practice and fine tuning. Also the diameter of rope used makes a big difference in how well the rope ‘runs’.

How to retrieve your lead gear from the pitch:

Ah, the bane of the solo climber! There is no partner, to second the pitch to retrieve your gear. On single pitch climbs, its easy, just abseil down and grab your gear. On multi pitch, one has to abseil down and then re-climb the pitch using the top-rope for protection. The safety device I favour for this is a Wild Country rope man (with a back up knot every so often). However some people prefer to jumar the pitch (climb the rope).

So ultimately, whichever method you use, you end up climbing the route twice, that’s pretty strenuous.
Clearly solo climbing isn’t for everyone, but with slick rope work and good level of ability, it is possible to climb long and hard routes without a partner.