Off Piste Adventure in Sainte Foy 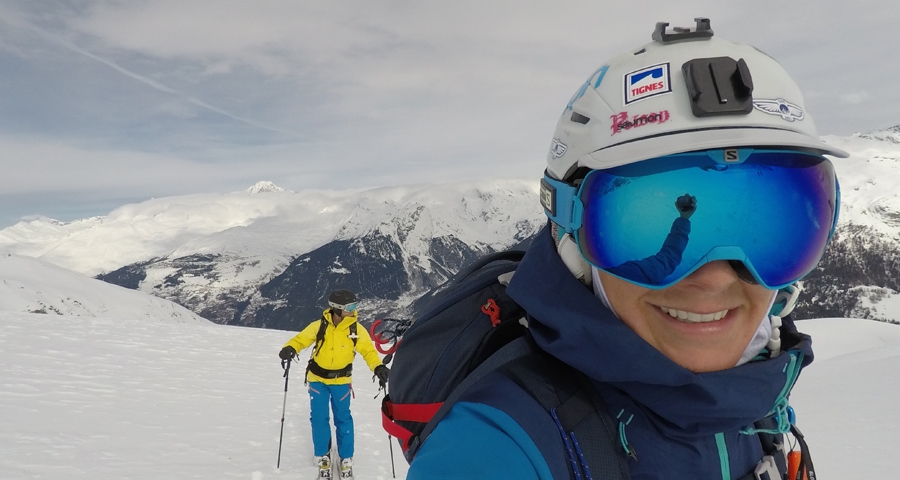 Find out more about our winter trips to Sainte Foy here.

I joined two other guys on the trip, Tom and David, and our mountain guide for the week was Willie Todd.  It was great to be in a small group. I’ve spent many years in Tignes but have little experience of nearby resorts in the area so this trip was a great chance to get to experience close by resorts such as Les Arcs and Sainte Foy.

The weather forecast for the week was mixed so with that in mind Willie talked us through which resorts would be best suited for the conditions and we made a rough itinerary, all of course subject to change weather depending!

On our first morning with fresh recent snow, we headed over from Sainte Foy (20 minutes down the road to Le Pre) where we got our Les Arcs day lift pass (€52.00).  We took five lifts to just above Arc 2000, then the Telesiege du Grand col.  From here it was a short 20-minute skin up to the top of Grande Col.  Although a short skin up, at almost 3000m we felt the altitude!  It was worth the effort though for the views and the incredible ski down.

With endless options in the bowl of fresh powder, we descended, then skinned up the other side for 45-minutes.  The long descent offered up a real mixture of skiing.  Finishing with tree runs into Villaroger we welcomed a warm late lunch at restaurant Goyet.

For the last run of the day, we headed up the lifts and with a short boot hike (5-minutes) accessed the Combe des Lanchettes which once again brought us down to Villaroger and Le Pre, where we collapsed into the cars after a very satisfying ski day.

On Tuesday with snow and cloud expected we decided to stay local and headed up to Sainte Foy station.  (Lift pass €31.50).  We did a few warm up runs, exploring the off piste close to the lifts.  Sainte Foy only has 6 lifts and 15 marked ski runs, but it’s known for its unlimited accessible, incredible off piste.  It didn’t disappoint.  Our run of the day was Col du Granier.  Starting from the top of l’Aiguille chairlift we had a vertical drop of 1650m.  The snow at the top was fantastic, but lower down it wasn’t so good.

Following the river through the trees taking us down to the village, Le Miroir, was however, a lot of fun.  From Le Miroir, we were able to catch the free bus back to Sainte Foy main station.

Fresh snow overnight meant Val D’Isere was an excellent option for Wednesday. (Lift pass €50).  This was my home turf but it’s always good to be with a guide and seek out new places and enjoy some favourites.  The off piste was endless and we managed plenty of it including; Spatule, Tour du Charvet, under the Manchet chair and Grand Vallon from the Signal button.  We finished the day with a second run of Spatule and the snow was even better that it had been in the morning.

Waking up to a bluebird day on Thursday was a welcome treat and we set off for La Rosiere. (Lift pass €45.50).  The Espace San Bernardo ski area is 160 km of ski slopes, 2 ski resorts: La Rosière and La Thuile, and 2 countries France and Italy.  There was a lot to cover!  With so much untracked off piste so close to the lifts there was no need for skins and we spent the entire day in fresh powder managing just one quick stop for lunch in Italy.

The last day was spent back in Val D’Isere and Tignes.

The week really lived up to my expectations.  Having an experienced guide with good local knowledge made all the difference.  Each morning Willie assessed the conditions, decided which resort would be the best and then took us where he knew the snow would be the most delightful to ski.  Throughout the week he shared his knowledge of avalanches in a very practical way which is invaluable for any skier.

I had a great week with the guys and would recommend the Mountain Tracks product to anyone wanting to make the most of their ski week, in a safe but adventurous way. 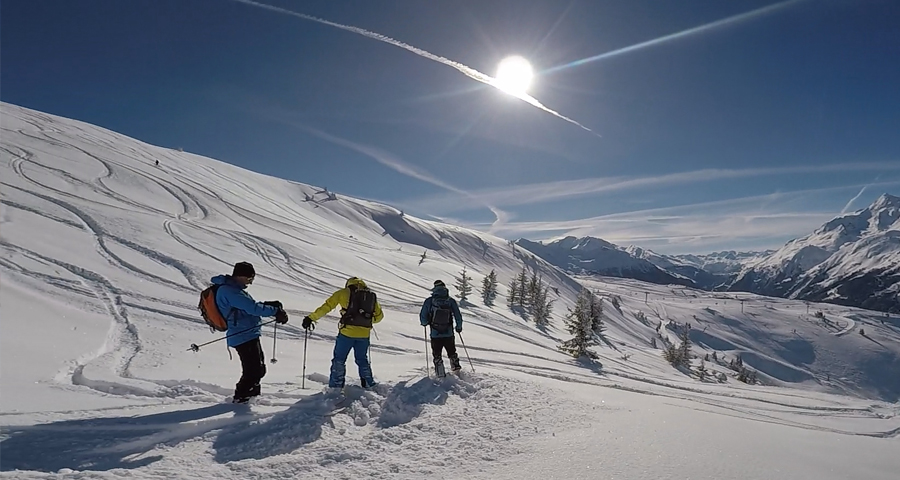