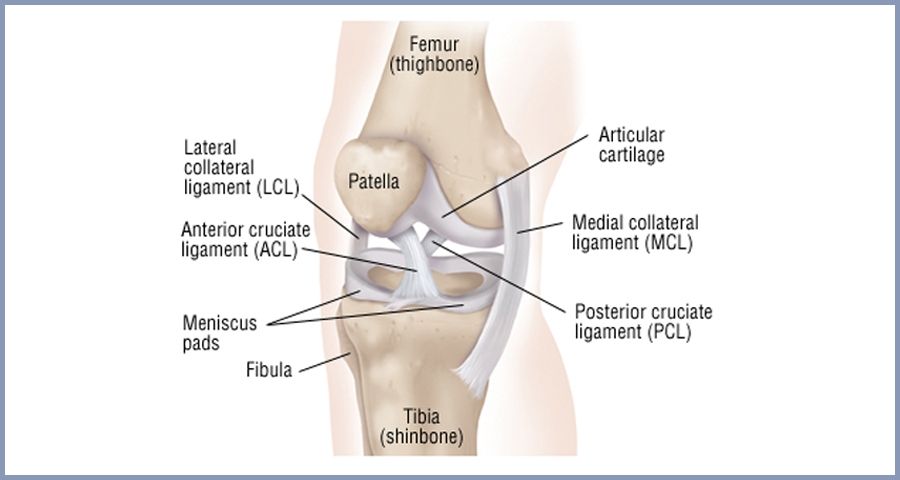 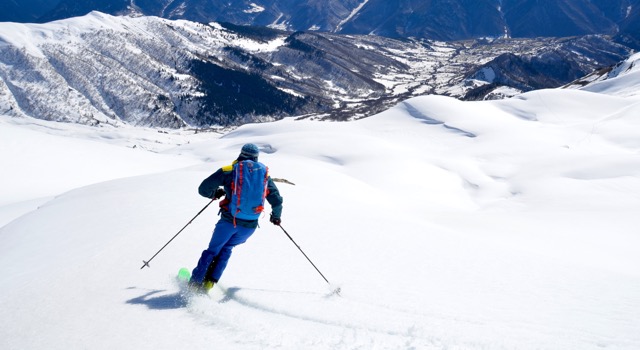 The patterns of injuries amongst skiers engaged in downhill alpine skiing have changed over the years as skiing equipment has evolved. Thankfully, innovations in the design of skis, boots and bindings (in addition to a real revolution having taken place in respect of advances in the efficacy of safety gear such as helmets and back protectors) have reduced the overall risk posed by a skiing incident such as a fall or collision. It’s also the case too that ski areas have made considerable efforts to reduce the risk posed to skiers, particularly on the pistes; for example, resorts increasingly use slope-grooming technologies that better prepare the piste surfaces and lessen the risk of injury, and have implemented signage aimed at managing the flow of skiers in busy areas to reduce the likelihood of collisions. However, skiing will never be completely risk free — I say this having had a few prangs over the years, all of which have proved rather humbling. As much as recovery and rehabilitation can be excellent aids to teaching greater, somewhat existential lessons in life, accidents and injury are always, always best avoided! For skiers, knee injuries are particularly debilitating and especially frustrating — I speak, unfortunately, from quite extensive experience!

In terms of preventing knee injuries in the first place, bindings are of course a key factor when skiing in ensuring a safe release in the event of a fall. When choosing a ski/boot/binding configuration at the beginning of a new season it often appears that the time spent on each item’s selection tends to reflect exactly that order; with bindings being something of an afterthought. However, every skier should take the time to choose the best binding for their needs (whilst of course considering any budgetary constraints!). Furthermore, once selected, it is of course critical that the bindings are set up correctly and that you take care of your bindings, making sure that you have them checked over in the event of any incident that may have damaged the release mechanism and impaired their safe use.

While the overall rate of injuries in skiing has declined over time, it’s interesting to note that the incidence of knee injuries has not significantly changed — knee injuries still account for between 20 and 30% of all alpine skiing injuries. If you have sustained an injury to your knee it’s vital in the first instance that you have a physician conduct a careful examination to determine the scope of any harm that may have been caused by the trauma. Don’t skimp on this first step — getting an early diagnosis is critical to determine your course of recovery and avoiding further impairment. Intervention and getting an informed opinion is the only way to initiate a recovery, especially as ignoring an injury can lead to more adverse effects compounding the initial damage. While it may be tempting to avoid a professional giving you ‘bad news’, hoping for the best and avoiding a medical expert’s considered opinion will likely lead only to more anxiety. Recognise that getting to know your injury and learning of what you’ll have to do to get back to better health is the first essential, positive step forward to any successful recovery.

Medial collateral ligament (MCL) injuries are the most common amongst downhill skiers, constituting around 15% overall of all injuries (and the majority - 60% - of knee injuries as a whole). Fortunately, nowadays many isolated MCL injuries can be treated non-operatively with a programme that commences with immobilisation and then proceeds with initial range-of-motion exercises, followed by isometric quadriceps strengthening exercises. When a full range of motion has been achieved, the recovery programme then proceeds with a series of different exercises that progressively rehabilitate the function of the knee to the extent that many of those injuring their MCL will, in time, be able to make a return to skiing. Injuries to the posterior cruciate ligament (PCL) are relatively rare in skiing: they constitute less than 1% of all knee injuries overall. In stark contrast, however, injuries to the anterior cruciate ligament (ACL) have become increasingly common amongst skiers. Two possible explanations exist for this phenomenon; either we’re actually experiencing a true increase in the number of incidences, or its the case that physicians are more aware and able to diagnose injuries that involve damage to skiers’ ACLs. An initial physical examination after a trauma to the knee is often the means by which a medical professional will determine whether or not the ACL has been damaged, and may also allow for and assessment and determination as to the integrity of the ligament. It’s also possible that, following an initial examination, radiographic (x-ray) or magnetic resonance imaging (MRI) may be used to evaluate in a further assessment of the condition of the knee. 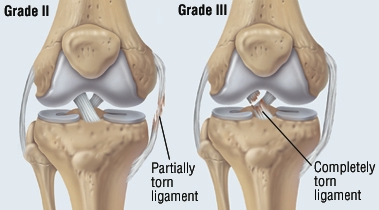 Depending on the gravity of the impairment endured, and based upon the more general life plans and ambitions of the injured person (age, lifestyle being factors), skiers who have suffered damage to their ACL may be advised to undergo reconstructive surgery. Surgical reconstruction of the ACL has evolved considerably over the past two decades, and is now a far more common operation than was the case in the past. Today surgeons most often use the central third of the patella tendon to create a a bone-tendon-bone autograft that replaces the original ACL’s function, though in some instances a hamstring may be the source of an autograft. It can’t be overstated just how important the post-operative rehabilitation programme is to making a good recovery. I speak from experience! If you’ve just had an ACL reconstruction here’s my advice: persevere with patience, follow your physician’s and physiotherapist’s advice, and believe in success — it’s amazing just what you can achieve post-op given sufficient time and diligence. Just don’t rush and risk re-injury for the sake of moving ahead too fast because you miss the endorphin rush and sense of achievement that participating in sports can provide. Though it’s tempting (and I remember the frustration), you’ll thank yourself for taking the wiser, steady approach to getting back on your ski feet. You’ll also feel more confident when the time comes to take those first turns again — part of the initial challenge after a major knee injury is regaining confidence and believing in yourself. Again, from experience, I’d suggest that the psychological aspect to starting over once again and enjoying skiing, feeling safe, can’t be overstated.

Indeed, you may well find yourself fretting that you’ll quickly re-injury yourself and worry that you’ll be looking at repeating the process all over again. It’s only natural to have such fears! I remember negotiating an icy slope at the top of Mont Tremblant in Canada early season, and having legs trembling after a two-year hiatus, feeling extremely apprehensive… That episode was now18 years ago after a successful ACL reconstruction! Since then I’ve enjoyed many great days in the mountains on and off-piste in the Alps and Caucasus, as well as ski touring in Alaska, the Russian Arctic, Iceland and Tajikistan. I’ve had just as much fun as before my injury and, truth be told, I do believe I appreciate skiing more now then ever before. Some days are of course better than others, but there’s never really a bad day — I count every day as a blessing, having once thought I’d never ski again, almost twenty years ago. Supervision and meticulously following the recovery programme and advice you’re given will help you overcome any challenges associated with anxiety and, in the long run, may well actually make you tougher and more resilient mentally: helping you subsequently cope should you have to confront other injuries or obstacles to good health. While a knee injury at first can seem particularly daunting when you love skiing, consider how lucky we our today when so many advances have been made in treating impairments that what were once considered game-changing, and end to an active life. Our ability to continue active, sports-filled lives after injuring the knee is better than ever: believe in a good recovery, stay positive and set the bar high for achievement! See you on the slopes soon!!!