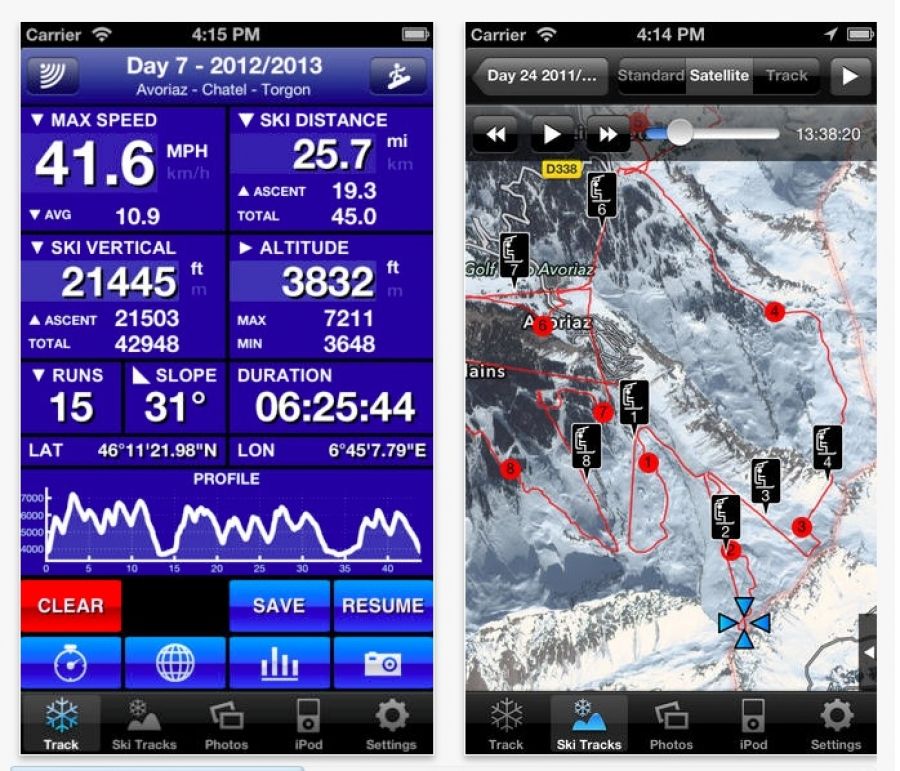 Over the past few years smart phones have taken over the mobile telephone market. You can buy apps for pretty much anything now days, from finding the nearest restaurant to controlling your central heating! So why not use a mobile phone as an avalanche rescue beacon? Well, now you can search for your buddy on a smart phone…whilst playing 'Angry Birds' (!)

There are currently three apps on the market: iSis Rescue System (iPhone), Snog Avalanche Buddy (Android) and SnoWhere (iPhone). These smartphone apps make use of cell network, wifi, bluetooth and GPS to communicate and pinpoint a victim. Very importantly, each app uses slightly different technology so your buddy needs to have the same app on their phone if a rescue is to be at all possible!

When searching with wifi or bluetooth the app works in much the same way as an old stye analogue transceiver displaying signal strength as a number or pictorially. Most mobile phones only have one antenna so accuracy is pretty poor. The SnoWhere and iSis use GPS to help location. The search area and victims show up on a base map to aid location. Both these apps have a search and rescue function to alert search and rescue authorities. (I will cover another related app below called 'Echo 112' that is a rescue app).

Now, let's discuss the serious limitations of these apps for avalanche rescue. The range of these devices is pretty limited as they work based on wifi and Bluetooth. Additionally, they are adversely affected by trees and the interference effect of rocks, snow and the victim’s body. The developers state a range of 50m, but at best you might get 12m with a shallow burial. GPS is pretty inaccurate with accuracy values of 7.8m to 15m typically, and locating satellites can often take far too greater time than is essential in avalanche rescue. These technologies suck power from the phone and it may take minutes to find a satellite signal if at all. I can only envisage the searcher using GPS for a coarse search then switch to wifi and bluetooth for fine search. All conventional transceivers transmit on 457 KHz and are all compatible for search and transmit. None of the smartphone apps are compatible with this frequency or each other! So these apps are pretty useless then unless you and your buddies all have the same app.

Another issue with smartphone technology in this context is battery life. It's a real issue especially in the cold. I tend to keep my phone switched off all day so I know I will have enough juice to use in an emergency. If I turn on my 'SkiTracks' app (discussed later) my phone will last about 5 hours in my pocket as it's constantly updating the GPS signal and sucking battery power. So, let’s hope it’s nice and warm in the avalanche and your mate is pretty quick searching in the sunshine! Smart phones are not that robust either, so being bashed about in your pocket and then buried doesn't sound good. In fact, I am so paranoid about damaging my iPhone in use that I have it in a protective rubber brick, waterproof sleeve and then a padded bag in my rucksack.

A further other issue that has been highlighted is interference from the phone’s wifi, GPS and Bluetooth transmission with conventional transceivers. Admittedly 457KHz is no where near any of these frequencies (2.4GHz) but you do get 'fuzzy' signal interference if your phone is transmitting and your searching with conventional avalanche transceiver. It doesn't prevent or alter the search signal, but it's still annoying! Again, operating a smart phone with gloves on and in bright sunlight could at best be described as frustrating! 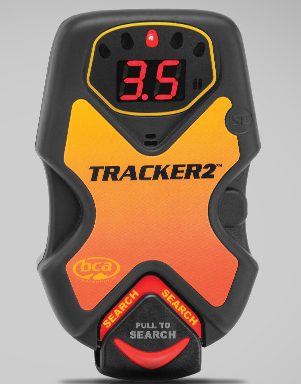 All these apps are being aggressively marketed as avalanche rescue devices to find buried victims. This is a very worrying trend; it doesn't take a rocket scientist to see the major shortcomings with this software. What is more alarming is the fact that the younger powder hounds out there might think this is a cheap ($3) alternative to a conventional transceiver. I would hope that legislation will catch up with this software pretty soon as in my opinion software developers have an ethical obligation to ensure their products don't have a negative impact on public safety. So these apps look cool on your phone - sat in the bar you can show your friends how it might work in theory should you be buried or need to search for a buried victim, but don't be under any illusions: they are no replacement for modern digital transceivers. 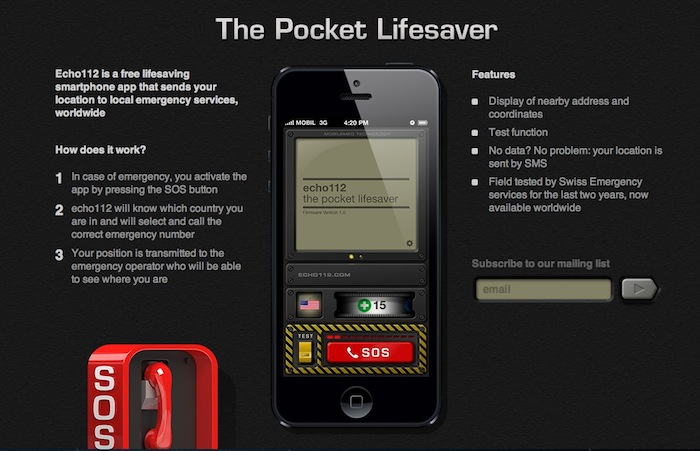 Moving swiftly on, there are two smartphone apps worth mentioning. Echo112 is a free smartphone app that sends your location to the local emergency services. In case of emergency you activate the SOS button. The app uses GPS to pinpoint your location and contact the correct countries rescue services. The emergency operator can see where you are on a base map and direct communications. If there is no GPS signal messages are sent by SMS. I haven’t had to test it for real yet but there is a test function which displays your location and its very accurate (I compared the location given to that on a Swiss map). Echo112 is a Swiss app endorsed by the Swiss emergency services and thus is well-designed. In an emergency situation I would hit the SOS on this as soon as possible, then call to get through on the phone to the relevant rescue services, just to reaffirm assistance would be forthcoming. 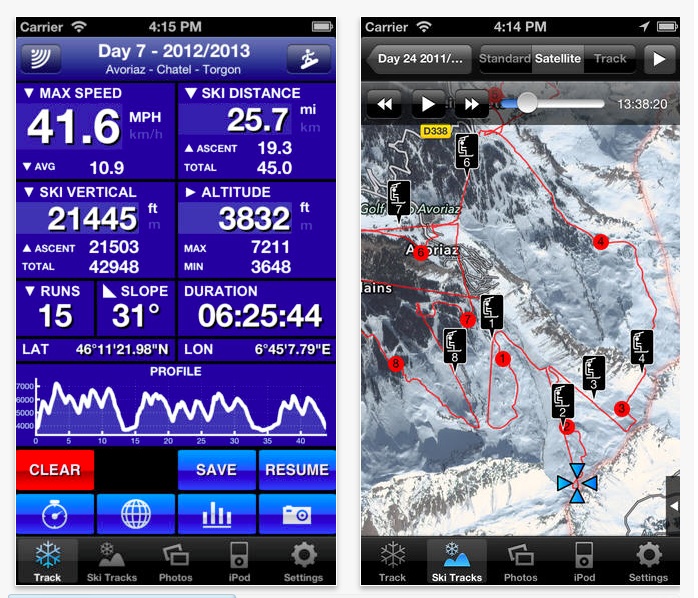 SkiTracks is a $3 app that I have been testing over the past few weeks. Again it works on GPS to locate where you are skiing. It logs your distance, speed, altitude and slope angle for each ski run you do over a day and presents it in a pretty simple way. You can also view your routes laid out on Google Maps. The big question is - how to use this data? For starters, I’ve been running an end of day sweep stake on the groups off-piste stats! Whatever you use it for, it’s great fun to see where you've skied and share feedback with your ski buddies, measure your performance!